I arrived home on August 21st, 2013 after having been on my bicycle trip for 518 days. At first it was a little surreal to think that I was done with the trip and then within weeks the trip seemed distant-as if it had occurred years ago.
It took me a while to get settled into life in the real world again and to finally figure out all of the stats from the trip, but because I am so much a keeper of details, it had to be done.


Statistics of the Bike Trip

Each table below is sorted by the country with the highest (to lowest) stat from the first statistical column.
When I met people while on my bike trip they would be amazed to learn that I was from Alaska. Although most people are familiar with Alaska from the movies or TV, the chance of actually meeting one of the 720,000 Alaskans (especially on a bike in a small village in Latin America) is probably less than the chance of winning the lottery. I enjoyed telling people about the abundant beauty and wildlife of Alaska. After having spent a year in Antarctica and nearly two years on my bike trip, I realized I hadn't been "home" in 3 years except for brief visits. I missed it.
I kept really busy getting back into the swing of everyday life. I had a lot of catching up to do. I rented a room in a friend's house and moved in there, emptied out my storage unit, and visited with friends.
I am fortunate enough that Dan, the CFO of a company where I used to do accounting work in the summer of 2010, heard I was back in town and offered me a job right away. I asked to defer my starting date for six weeks (adjustment time) and told him I only wanted to work three days a week so that I can focus two days a week on writing my book. Dan met all of my requests and I have been very happy working there again.
Before I started permanent work, I had my first little excursion. My friend Jack, (owner of Alaska Air Taxi and who I used to work for) put me in contact with a client of his who owns a gold mine in the mountains of the Alaska Range. The mining camp operations were scheduled to close for the winter and the owner needed someone to take an inventory of all camp equipment and parts. It sounded like a great opportunity to make a little spending money and to have a little adventure at the same time. The camp was located in a beautiful valley a little over an hour by flight (in a Turbine DeHavilland Otter) from Anchorage. I flew out for five days and took inventory of the whole camp. It was awesome to be out there in the middle of nowhere while the fall colors were alive on the mountains. 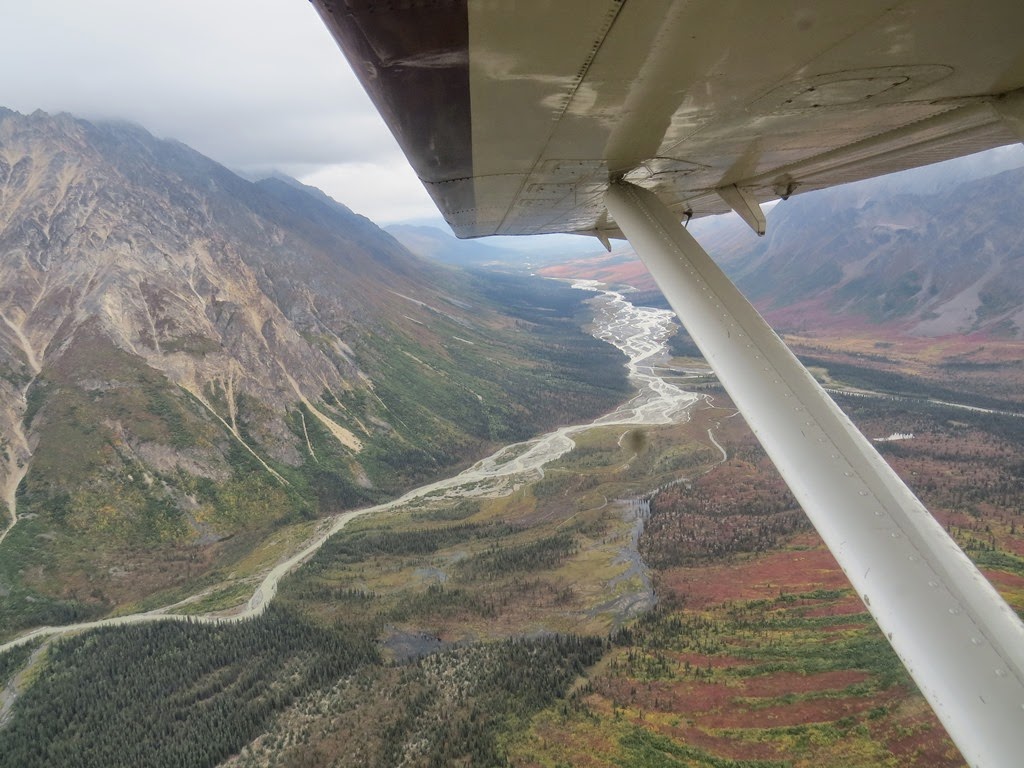 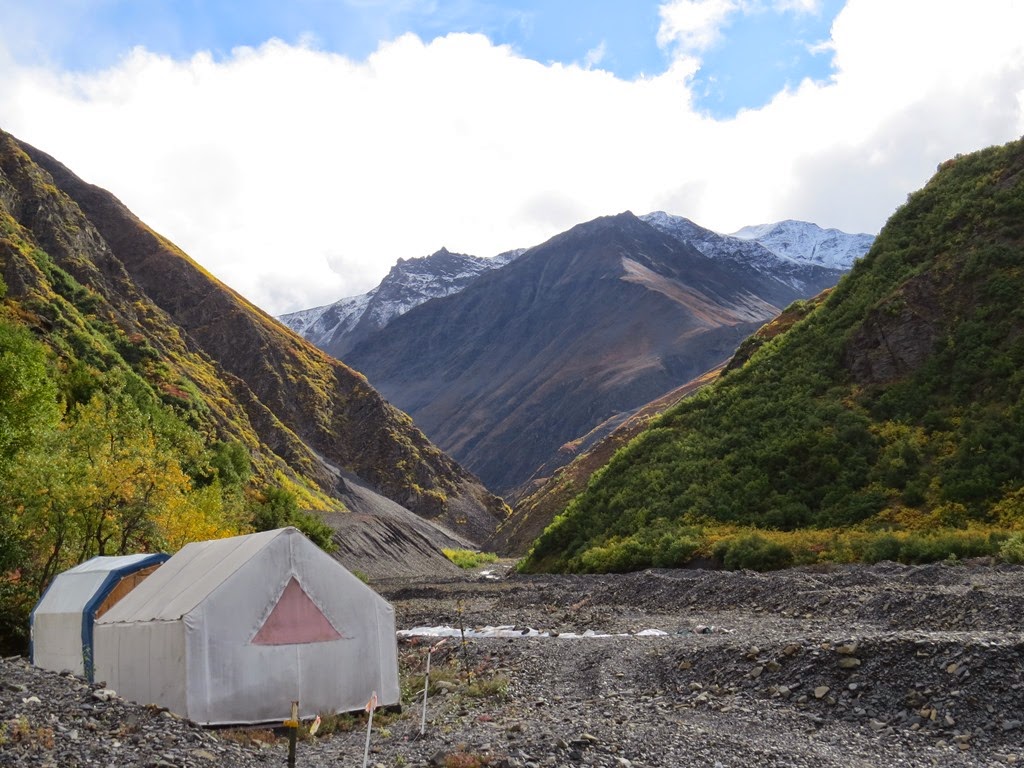 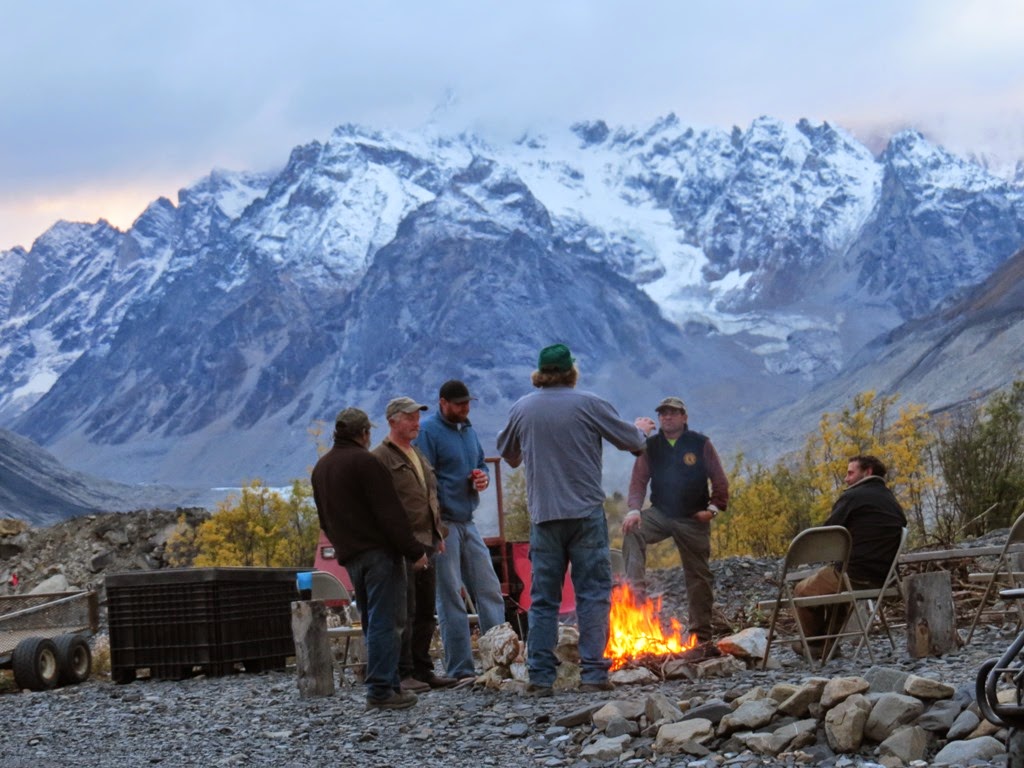 At the end of September some friends invited me to go to Denali National Park for two days on a special permit to drive their own vehicle into the park. In order to get this permit, people have to win a lottery for it. The park administration only allows a certain number of people to drive into the park in private vehicles and only for four days at the end of the park's summer tourist season. Aside from those four days when people can drive vehicles into the park, the only other way to see the park during the rest of the summer is by bus on a tour. The advantage of being able to drive in independently is that we could stop any where and at any time to view the wildlife. On a bus tour, people are subject to the whims of the driver of the bus, other tourists, or a clock that predicates the length of the tour. 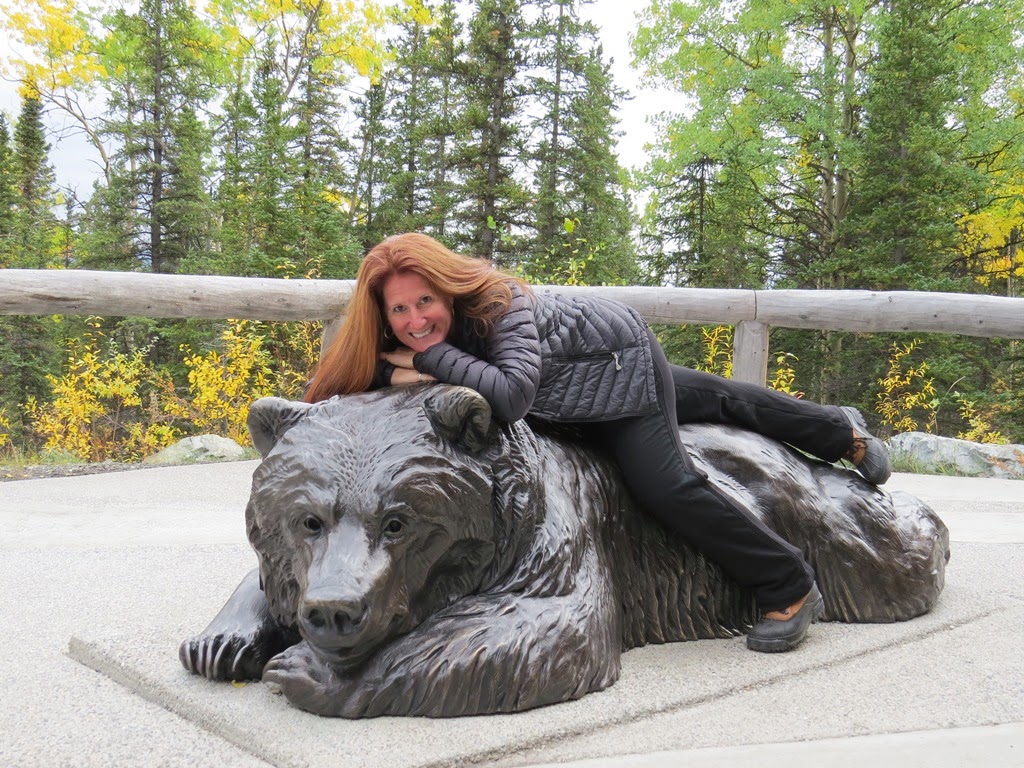 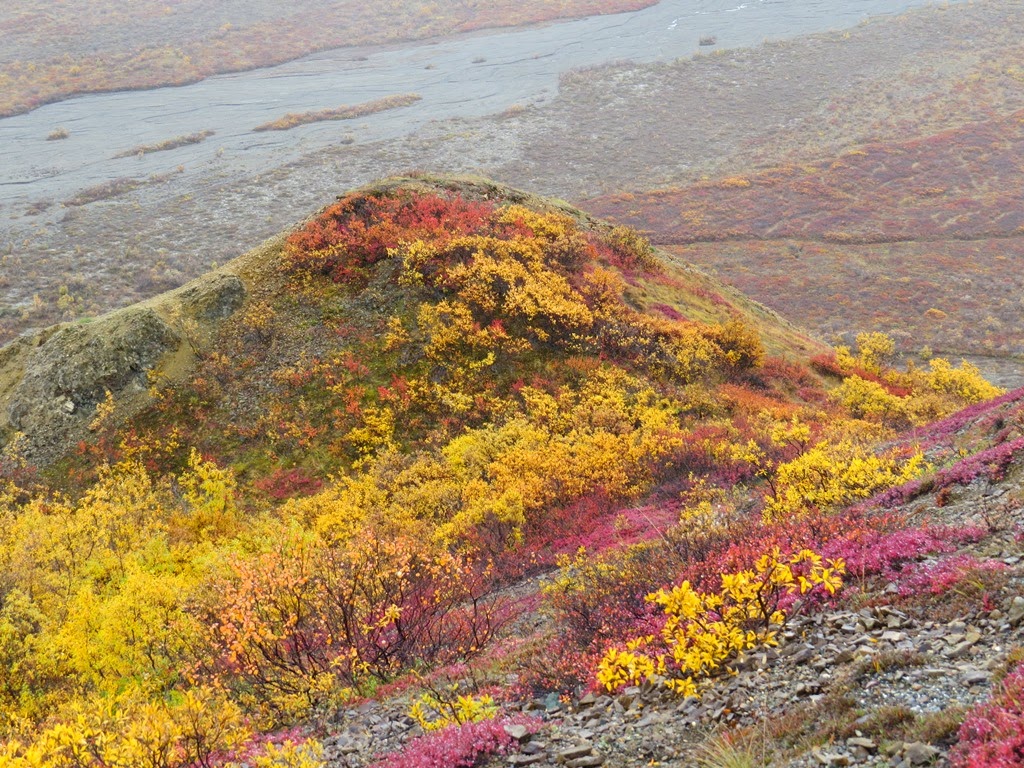 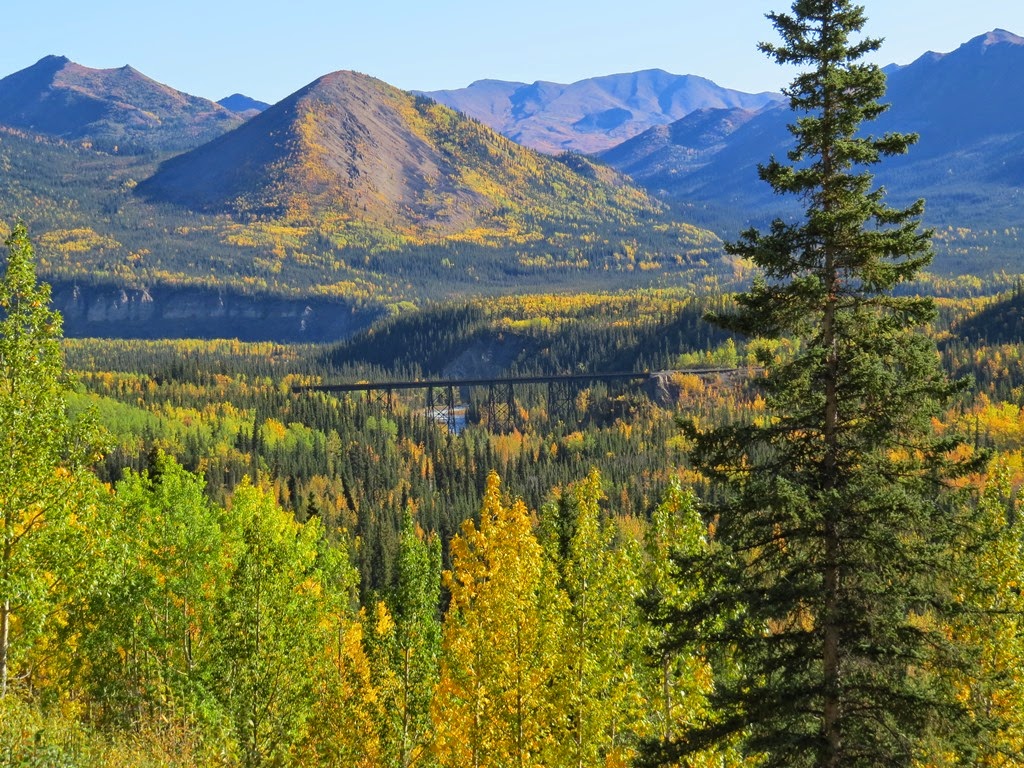 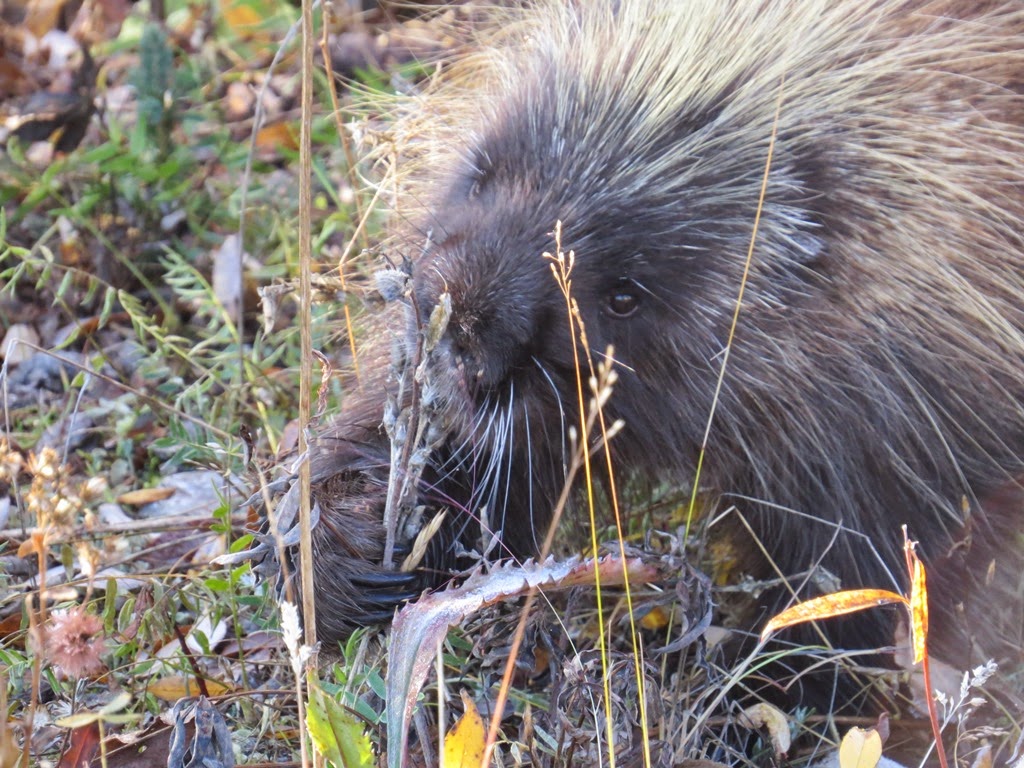 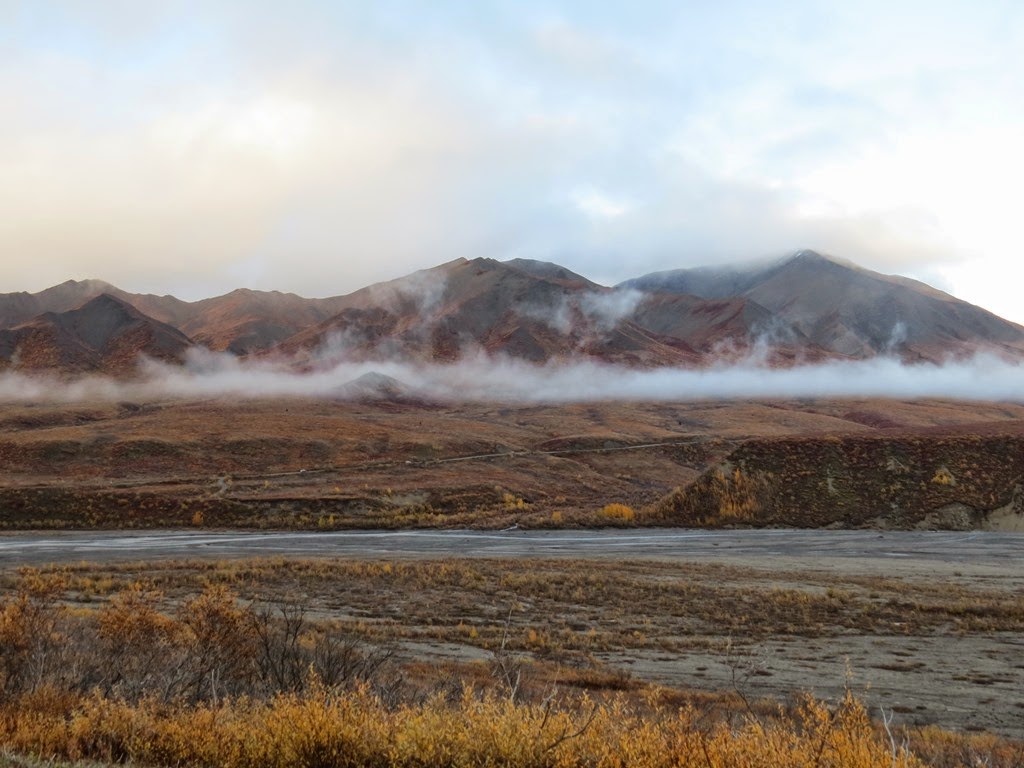 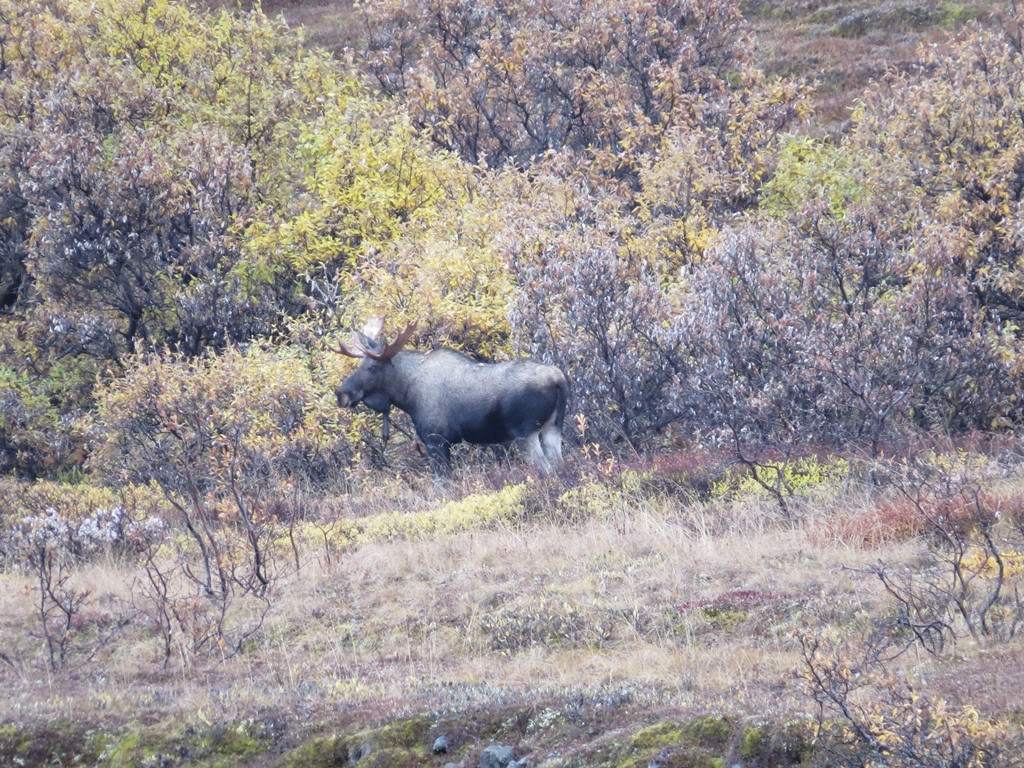 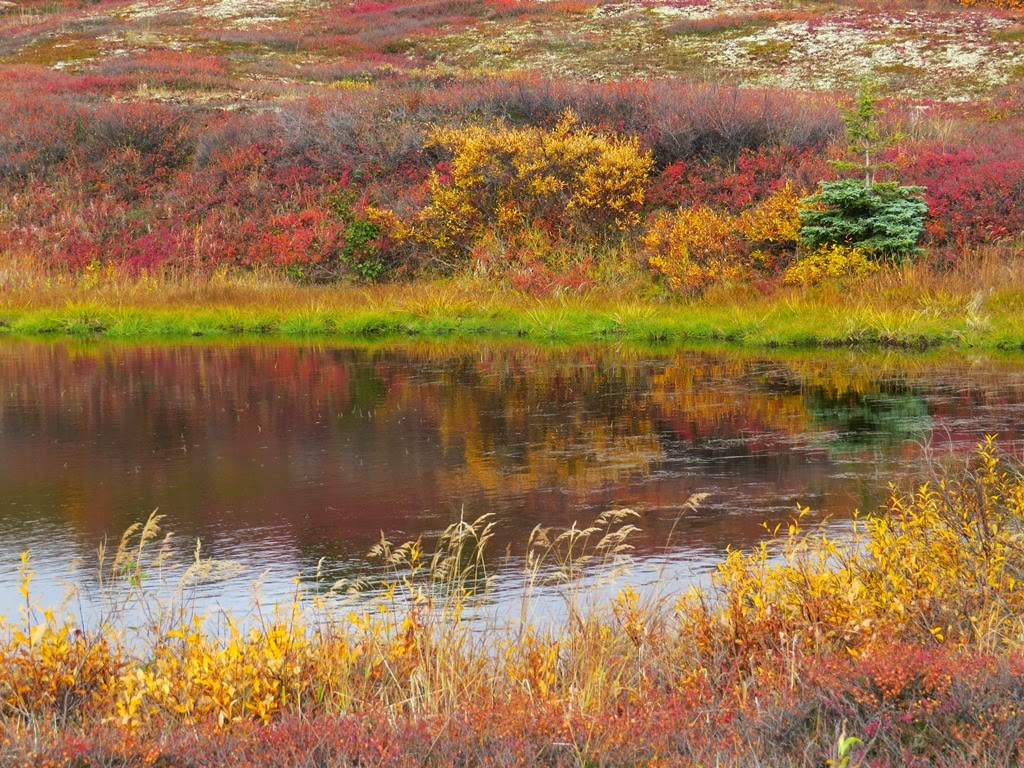 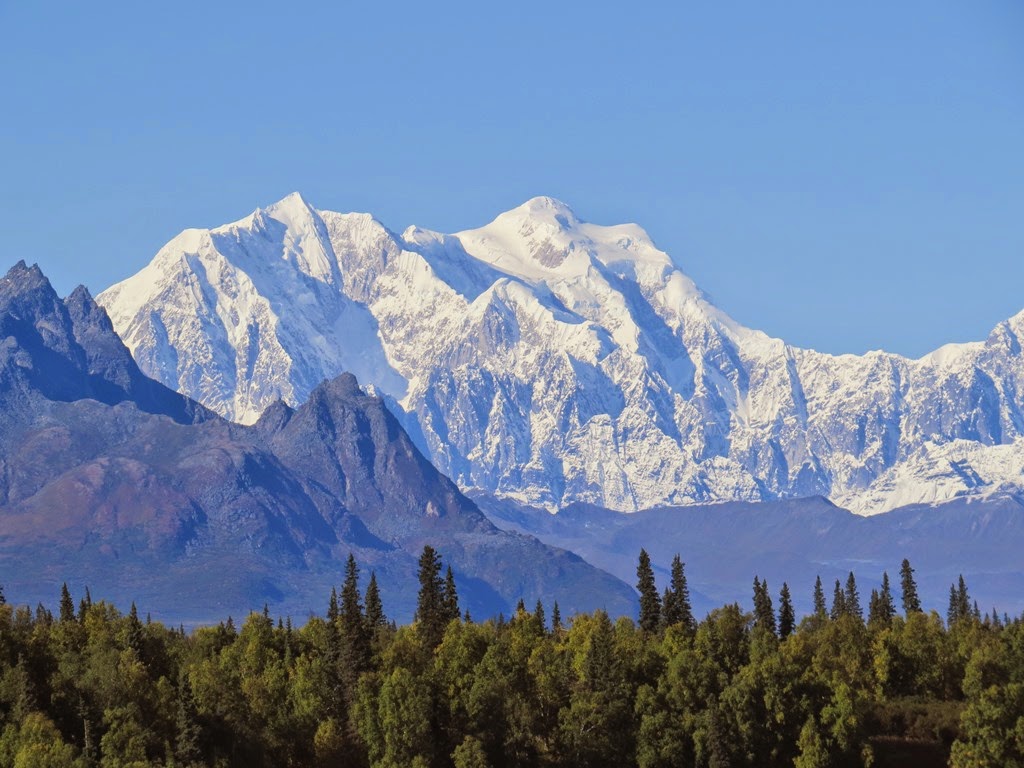 One of my favorite places to visit regularly is the Alaska Wildlife Conservation Center, located in Portage, about 50 minutes south of Anchorage. The AWCC is a wildlife rehabilitation center that cares for abandoned, orphaned, or injured wildlife from all over the state. Sometimes the animals can be rehabilitated and released and sometimes they have been too habituated to humans or injured badly and end up spending their lives at the center. It is a beautiful location with a very natural setting and large enclosures for the animals.
I first became familiar with the center when I was a tour guide 15 years ago. I used to stop at the wildlife center (called Big Game Alaska before it went non-profit) four times a week as part of a tour that included a whale watching trip, a visit to Exit Glacier, and a scenic drive between those places. I became acquainted with the owner and all of the animals there at the time. Before the foot-and-mouth outbreak in Britain and other diseases which became a potential problem, it was common for people to bring fruit and vegetables and raked leaves (in fall) to the center to hand feed the animals. Who knew that moose absolutely LOVE bananas?! I can't even remember when I first learned that but once I did, I never arrived empty handed. Often I would find a bunch of tourists lining the outside of the moose enclosure and trying to coax the moose that were sitting in the middle of the field to come over to the fence. It was my favorite trick to arrive at the fence and peel a banana upwind from the moose and watch them get up immediately and come right over to me for their treat. I used let each of my tour guests feed them. I believe you haven't lived until you have squished a moose's nose! Their nostrils are very soft and squishy and the moose are very tolerant of being touched when they are being fed bananas. Feeding the animals at the center is a little different now for the general public but every once in a while I can coordinate it to get treats to the moose. 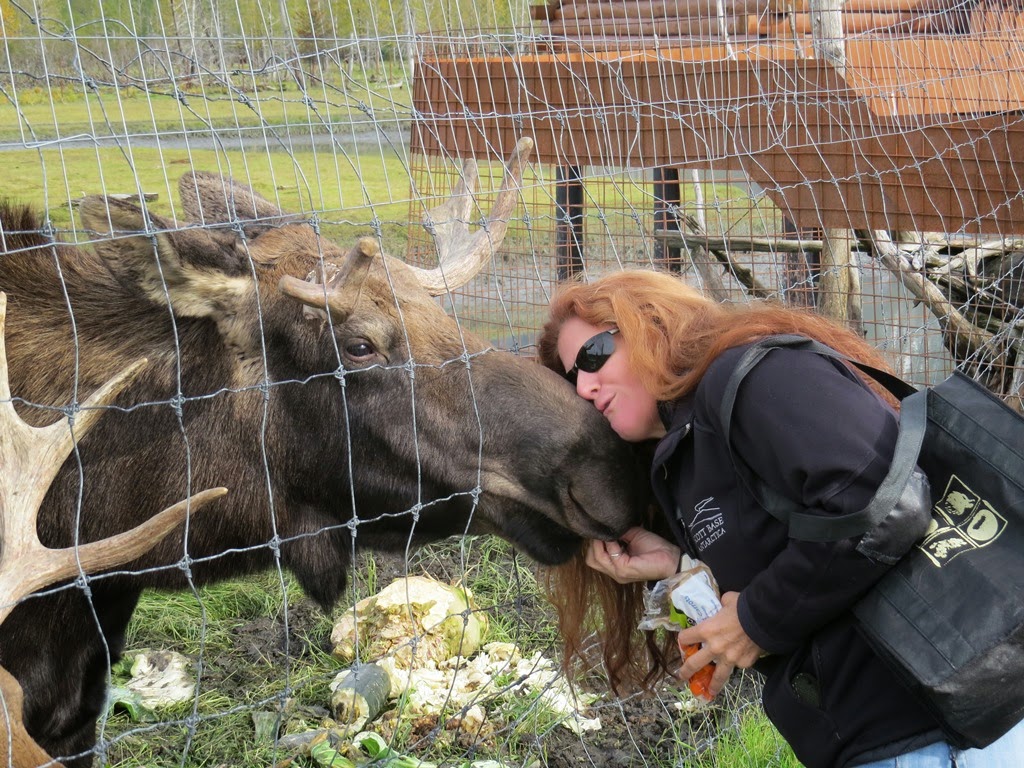 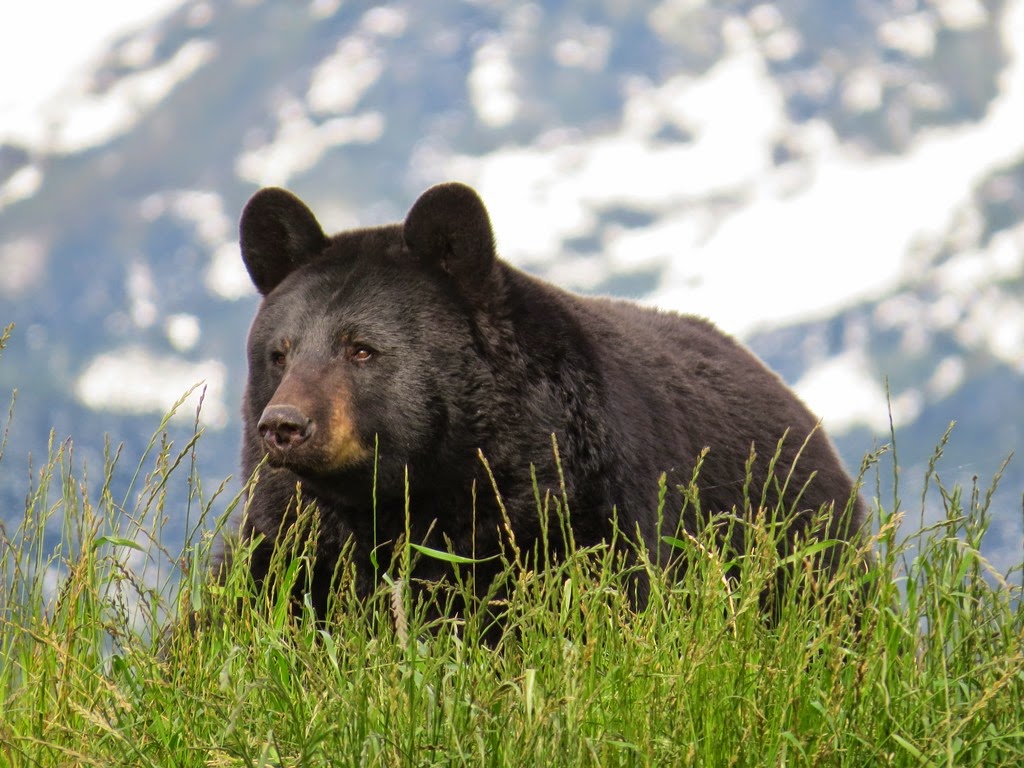 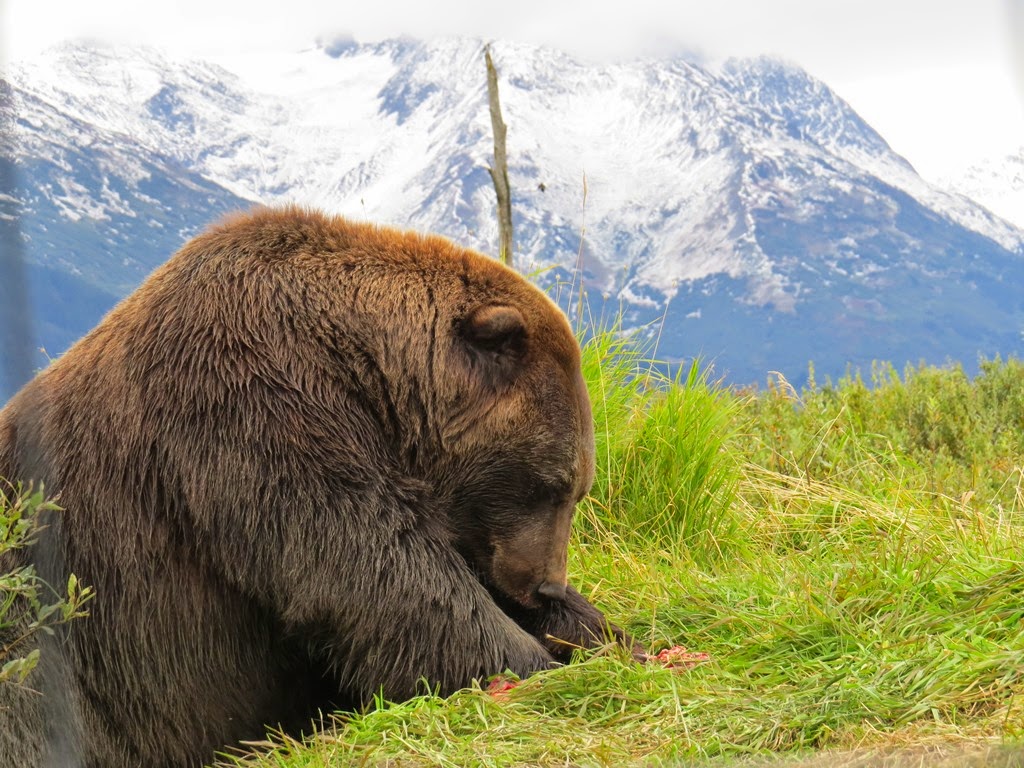 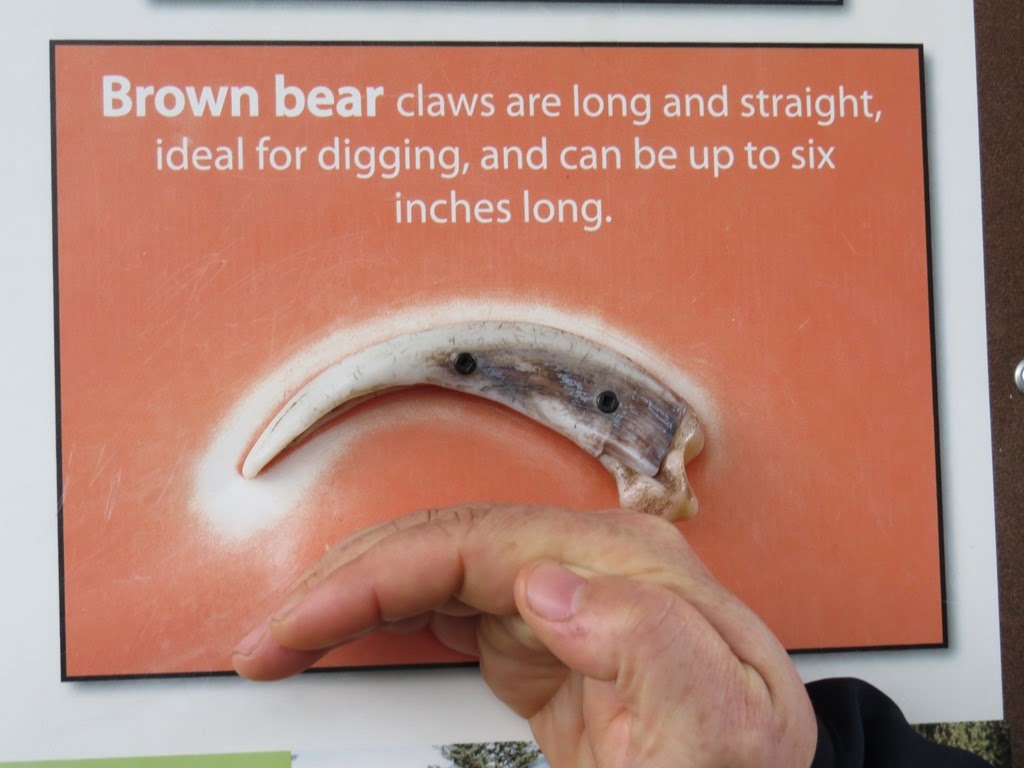 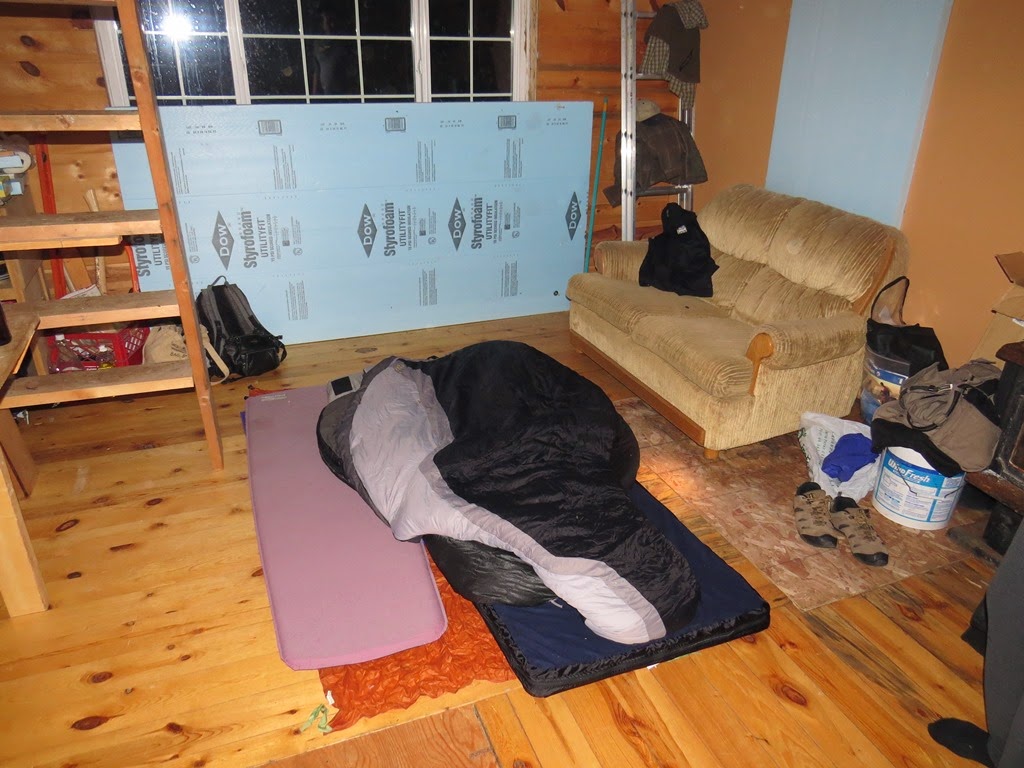 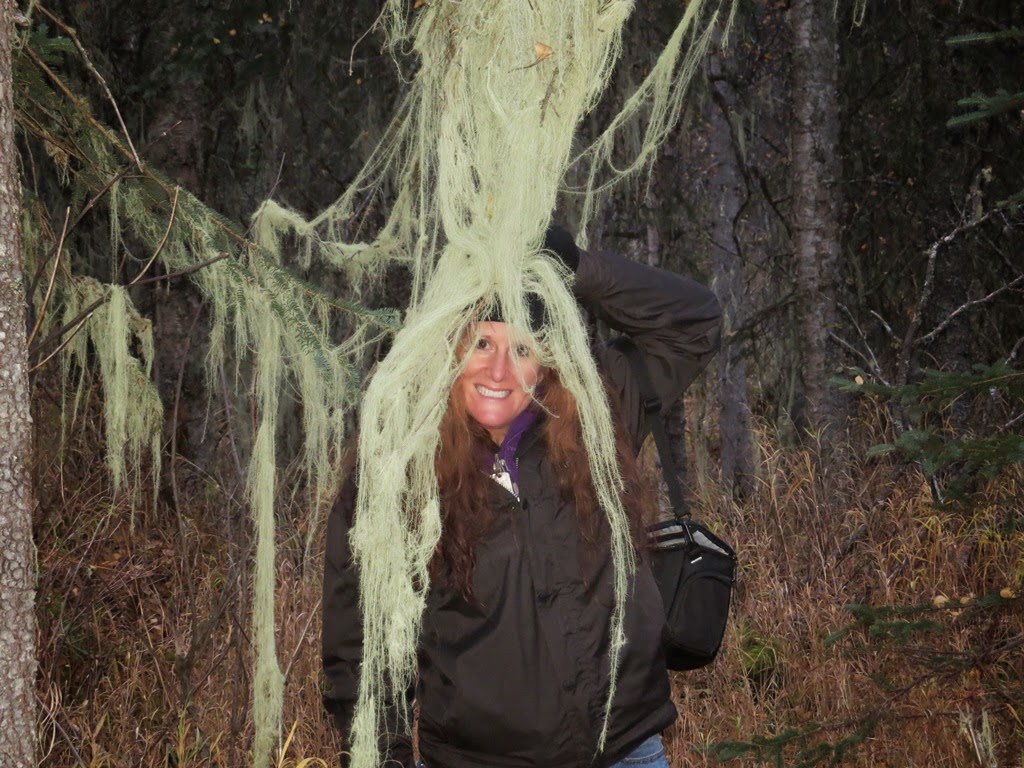 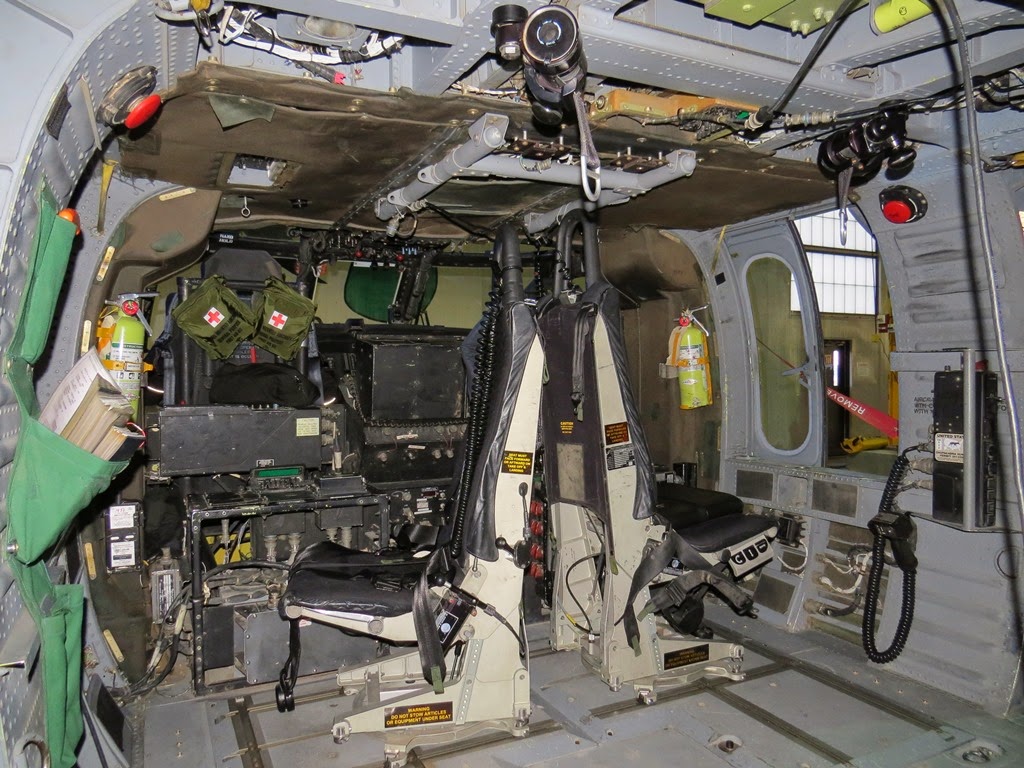 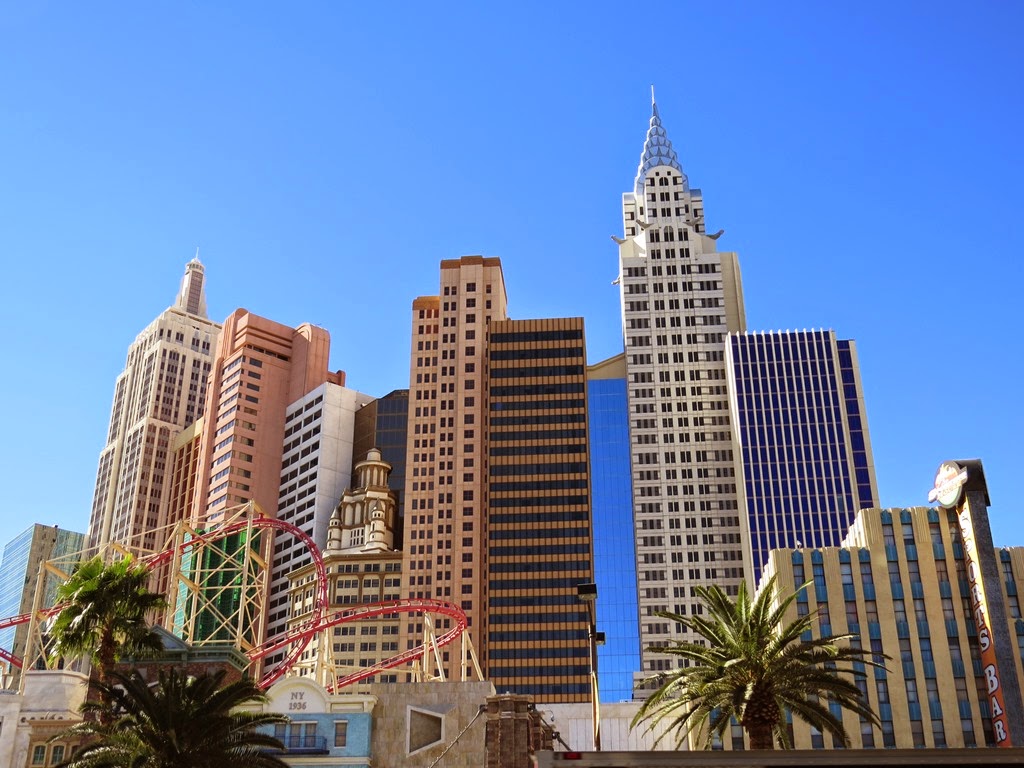 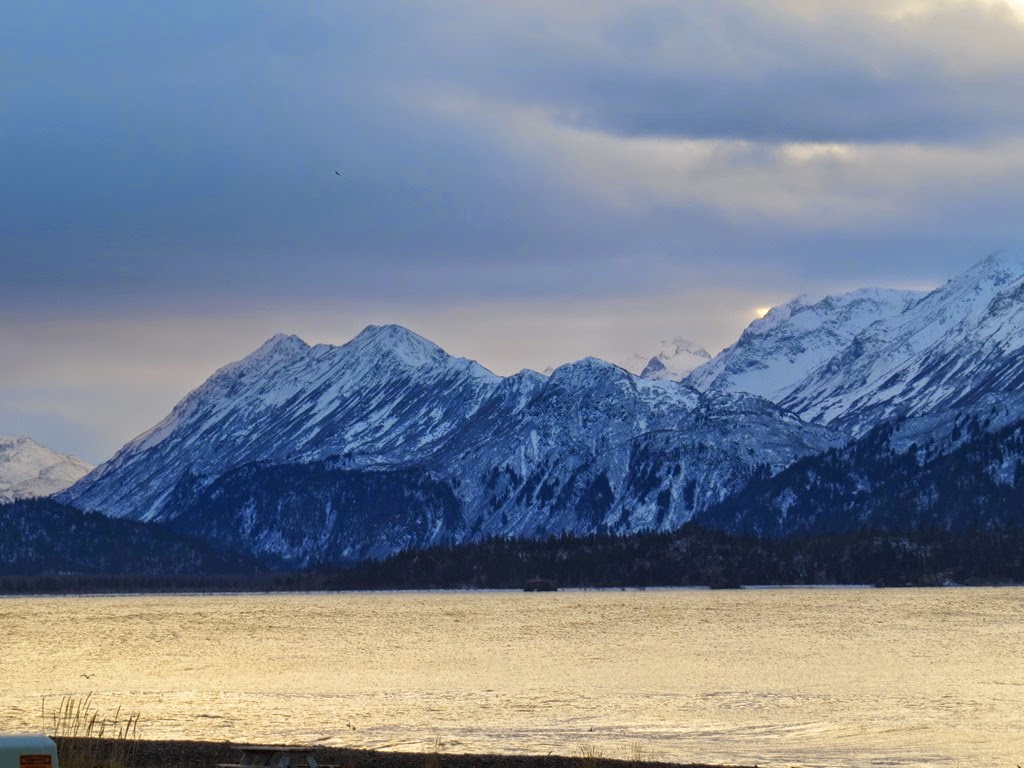 I was busy meeting friends and getting reacquainted with Alaska again and before I knew it the typical Alaska fall weather was upon me. I only managed one little bike ride around Anchorage before hanging Tankita from the garage ceiling for safekeeping through the winter. I should have taken Tankita on a short overnight trip so that I could feel the difference between having her fully loaded and trimmed down with minimal gear. Since I was probably in the best shape I had been in years, it would have been nice to have gotten a body fat calculation for fun too. But that didn't happen and instead I went from riding a 135 pound bike for 20-25 hours per week to doing absolutely nothing physically. So, before my body figured it out, I had twenty pounds on me! I am the heaviest I have ever been and looking at me you would never know I just did more physical activity in the past 20 months than I ever had in my life! There is no justice!


On January 2nd, I started writing stories for my book. A friend of mine (Lorraine Chittock-a published writer who I met in Chile while on my bike trip) said to expect it to take at least two years to write a book. I consider that it may take longer since I am only doing it part time. Then I will have to see about getting it published, so don't hold your breath for it!
Traci, a friend and ex-coworker from MacOps in Antarctica, heard I was writing and sent me a request for submission for an online literary journal that she and some others had recently created. Ignoring the possibility that my story was chosen only because the journal was new and maybe the editors didn't have many submissions from which to choose, I was ecstatic when they selected my story for publication! After receiving invaluable help from one of the editors, I am pleased with the final results. The story, one of my favorites from my bike trip, can be found with the other chosen submissions in the "Crossroads" edition http://proximitymagazine.org/ . The issue will be archived when the July 2014 issue is posted but you will be able to find it on the archives page under "Issue Two" or try this link: http://proximitymagazine.org/project/2-allin/ 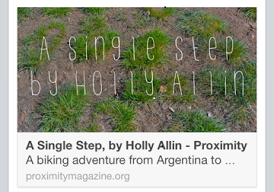 Summer is here now and I have been on Tankita several times and am enjoying it immensely! Here are some miscellaneous photos of Alaska'a beautiful summer! 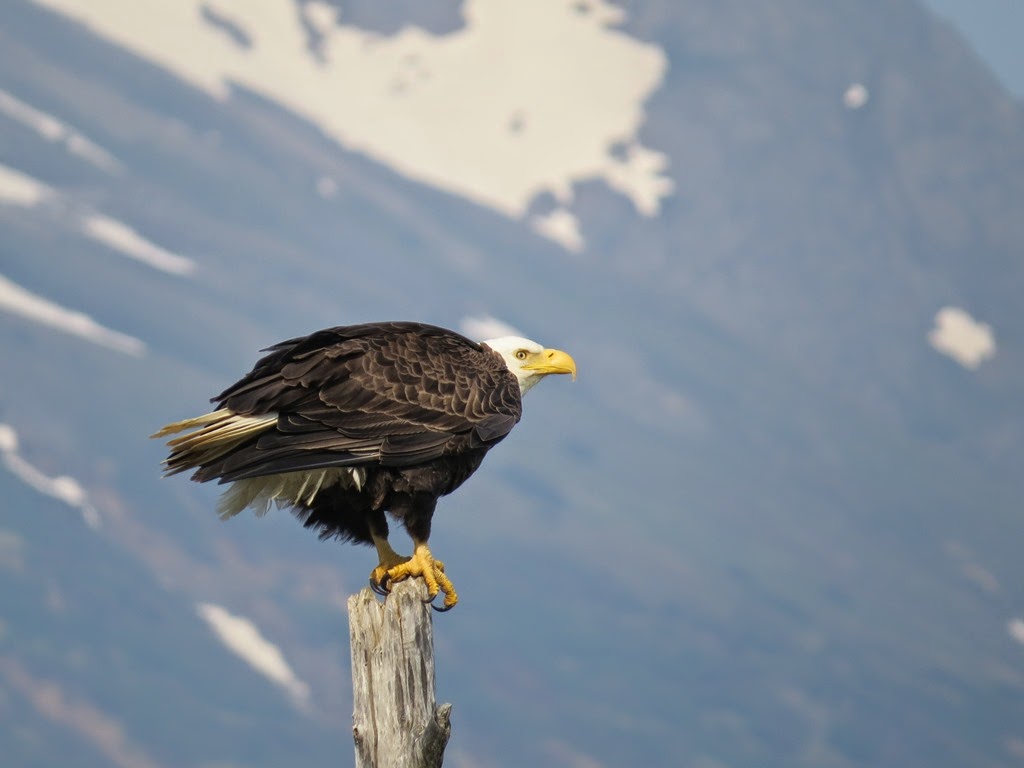 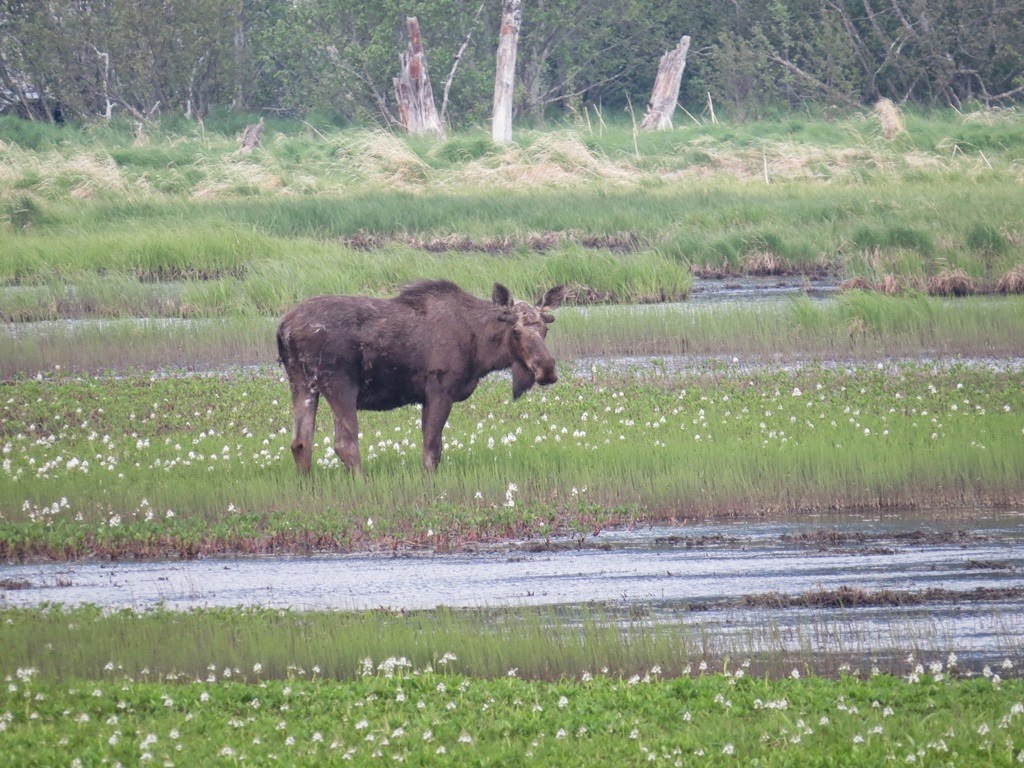 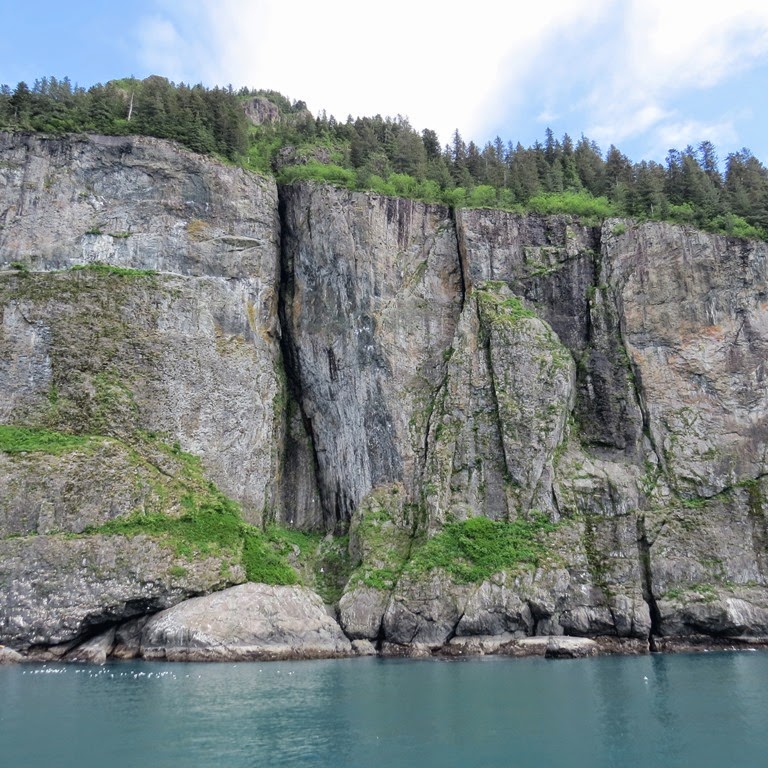 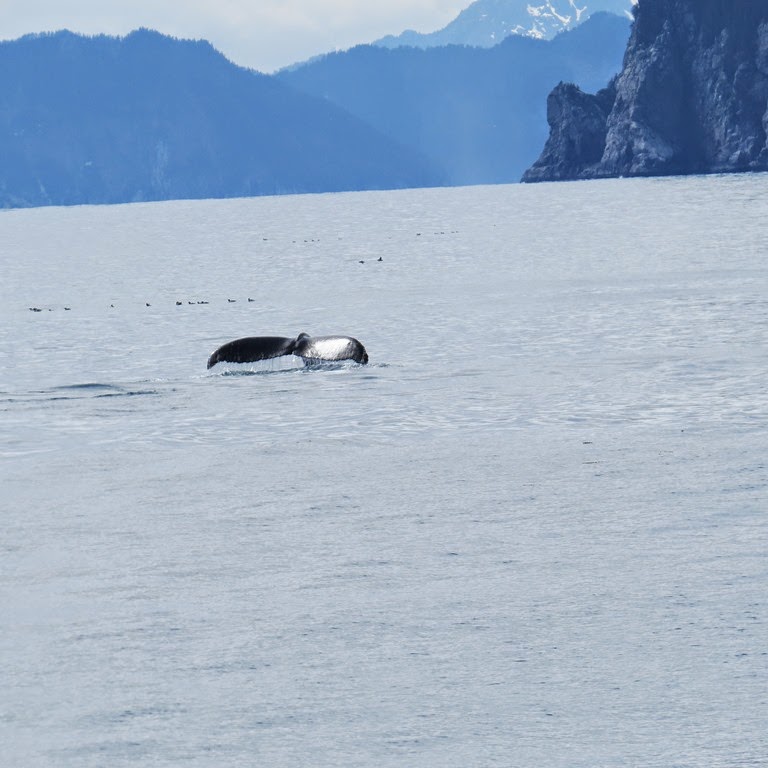 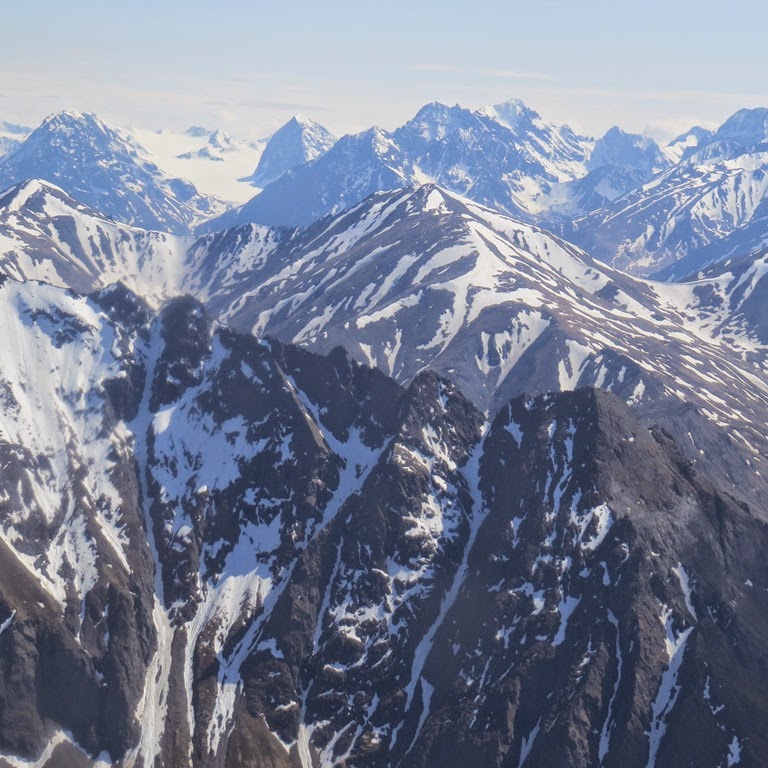 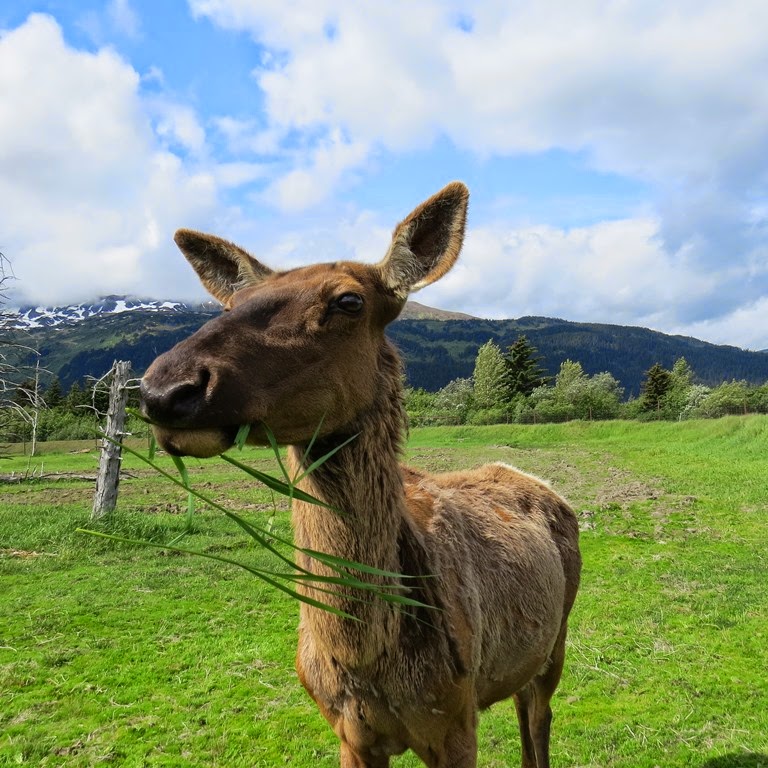 This post brings you up to date to my life back in the real world as of June 26th, 2014 and it concludes my Hollywould On A Bike blog. Thank you for supporting me throughout my bike trip and for continuing to read the blog posts while I caught up on them even after I had returned home to Alaska. Your support has meant the world to me! I hope to finish my book in a couple of years and to get it published so that I can share more travel stories with all of you.
People often ask me if I have another big adventure planned. Tentatively, after the mission of publishing my book is accomplished, I hope to volunteer somewhere in a national park or refuge in Africa where the big animals roam. I haven't spent much time on that continent and I will be overdue for a big adventure by then! Wanna join me?

Posted by HollyWould at 10:26 PM No comments: